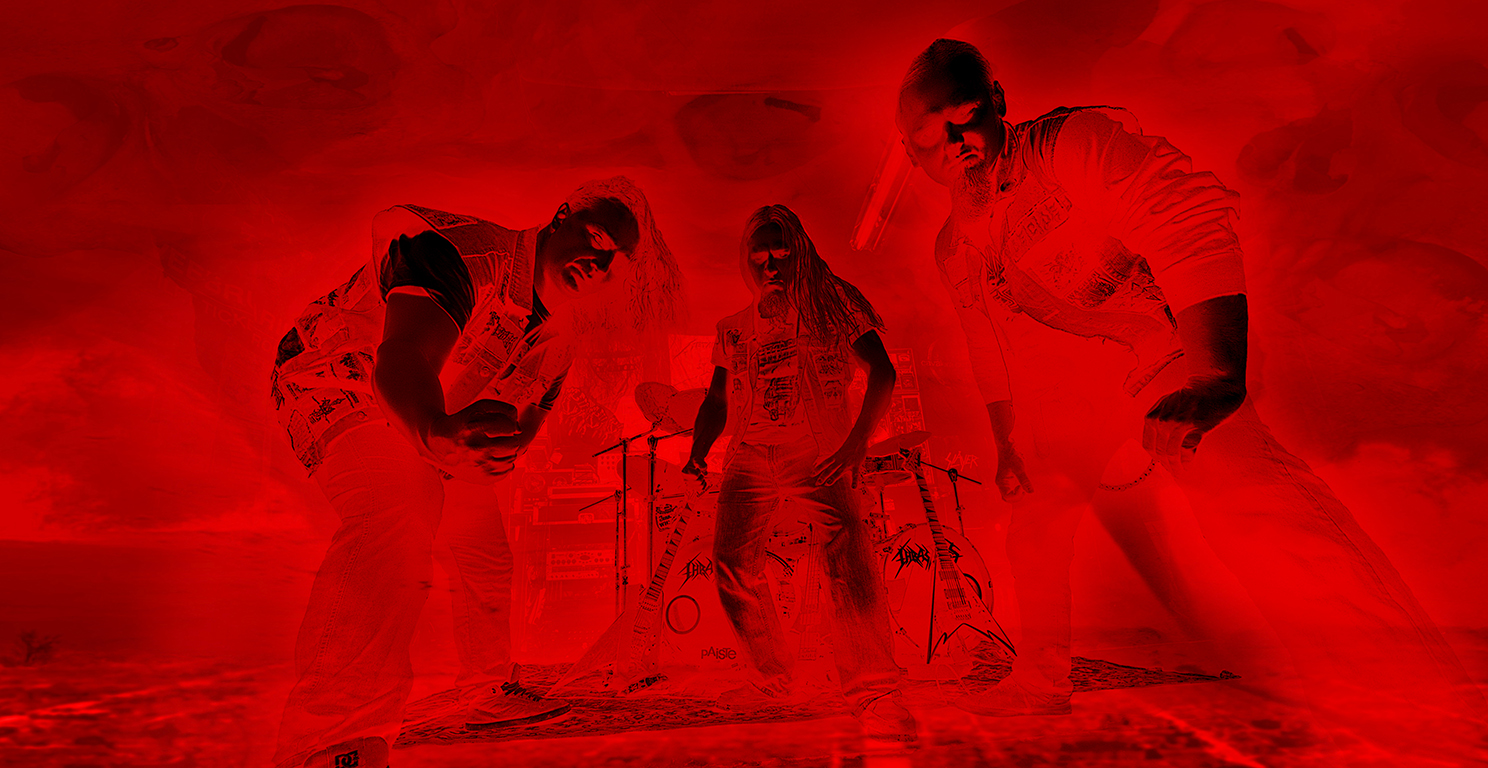 Bulletbelts, patchjackets, beautiful women and an everflowing stream of beer are the big 4 in old school thrash metal. It is no different for Thrashless. Despite the slightly sarcastic and ironic name, Thrashless is all about the good old days of thrash metal when it was fast, agressive and had more balls than a bull on viagra.

The idea for the band had been around for quite awhile inside the twisted mind of Henry “Suss” Hinno, but it was not until 2012 when everything fell into place. Thrashless started writing and rehearsing material and entered the studio to record their first album “Awaiting Rebirth”. The album was promoted by playing gigs and touring, leading Thrashless to Finland, Georgia and Armenia and got them a support slot for Finnish thrash metal legends Stone. The energetic music quickly got Thrashless a loyal following, but there was no time to slow down. New material was written and in the summer of 2013 Thrashless once more entered the studio to record their second album which is now known as “Trip Of Death”. Again it was time to hit the road and this time Thrashless toured Latvia, Romania and Moldova among other countries.

Still inspired and hungry Thrashless wrote another albums worth of material and hit Roundsound studio once more to record a new album! More vicious and intricate than ever the new album was lovingly titled “Cult Of Fear”. Countless gigs were played in support of “Cult Of Fear” and the band even ended up spreading the cult to the far regions of Russia. Having become a staple in the local metal scene Thrashless also had the priviledge of supporting Sepultura!

The cult has grown and Thrashless is currently in the middle of writing some of the fastest, most vicious riffs you will ever hear! 2016 will be the year Thrashless will annihilate you!

Here is the Music Player. You need to installl flash player to show this cool thing!